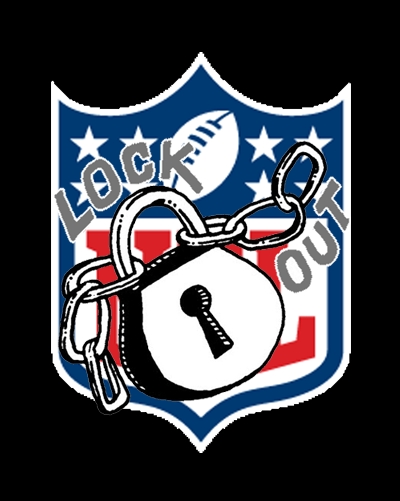 Since it’s shaky arrival on next generation consoles (ex: Madden ’06 – PS3 version gang tackling & 360 owners didn’t get it ’till following year (yet feature never has felt right with no consecutive hit tackling), suction blocking/tackling amongst many other things, despite these drawbacks the EA Sports Madden Franchise has grown to new heights and value. With its stranglehold on the football market owning the exclusive rights to the NFL & NLFPA licenses many fans accuse EA of resting on it laurels and rightly so. The last real competition EA had (NFL 2k-2k5 by Visual Concepts), pushed the limits of realism, authenticity & sim-gameplay to heights and places EA still hasn’t reached and those were last generation games. In 2007 Visual Concepts/2k also proved they could make a next generation football game (All Pro Football 2k8) the only problem was with no NFL license and just generic teams, a realistic lost its luster to the masses. While Backbreaker had some nice tackles, hits and ideas it fell way short of the atmosphere a football game has, which hopefully can be improved upon or maybe the engine even sold to a  team like EA, to help get past these engineering downfalls in the current engine for this generations Madden.

In recent years the Anti-Madden campaign has bubbled up from the underground & disgruntled 2k fans who lost their franchise they so loved to even the biggest EA fanboy calling out their re-occurring, unforgivable errors & omissions. It’s not like EA hasn’t given the “haters” reason to hate tho. Even as things look promising, with the promises of the “end” of suction tackles, the ability to finally cover the flats (3 years & 10 patches later),  100 new tackle animations, catch animations & finally CONSECUTIVE HIT TACKLING.  I put that in bold, because it’s ridiculous that it took EA 7 years to add that as a feature to the game. Before you get all excited,  there are still reports that even with an overhaul of this generations bad engine & co-operation with the guys at NCAA.   Chase Becotte over at Operation Sports who was at EA Day had this to say about how consecutive hit tackling affects you Madden experience:

I have not really talked about the addition of consecutive hit tackles to this point, but again, NCAA and Madden seem to be sharing here. There is a new wrap-up tackle button, which I can’t remind myself to use yet instead of just going for Hit Stick tackles, but consecutive hit tackles seem to be more imperative for the running game. In tandem with the improved focus on weight and momentum, these make those moments in the trenches flow better. There are fewer bodies just falling over while having no impact on the ball carrier (see: “tumbleweed” tackling). The downfall is that you don’t really see “gang” tackles anymore, but the upshot is you don’t see 10 players face down in the dirt at the end of every play. If anything, it seems like an admission that the former physics engine was not going to work anymore, so now we have a modified engine in place that the team probably wants to build and add onto in the future to create those bigger scrums when necessary.

The main difference from the madden PR machine this year is no “gimmick” in the forefront (gameflow, vision cone, Madden IQ, etc.) other than custom playbooks, which really hasn’t been hyped too much just mentioned. The majority of videos and blogs have related to gameplay & presentation, not the “gimmicks” we are so used to seeing and trying to attract new gamers.  With all that being said I am still cautious of whether all or any of this promise will be met.

One thing EA can’t survive is the same old game coming out again, not with the NFL lockout. NFL fans are tired of the money grubbers the millionaires fighting billionaires and interest in the NFL product has been waning. Would these same disgruntled fans buy another $63 Madden game that would be essentially updated rosters (just progressed players which we already have and new rookies). So EA had to do something to make people buy the game, actually focusing on GAMEPLAY & PRESENTATION. Now do I think this will be the best Madden ever, not by along shot (Madden ’96 best IMHO). The one thing I do think tho is that EA Sports and the Madden franchise are back on track & I believe their collaborations with the NCAA team have shown that. Then again it could just be EA pulling the wool over my eyes again it is that time of year. Make sure to comment with your opinion below & follow us on twitter @thesimgamer.