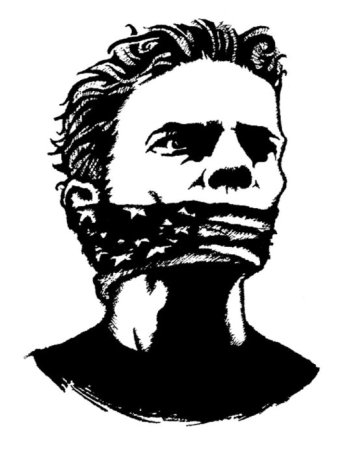 What power does a word carry? Is there a word or words that you are offended by? The freedom of speech is what separates America from other countries, the ability to say whatever you want, whenever you want & whatever you believe is guaranteed to you, but is there a line? Should there be? Are certain words so offensive that they carry more weight? Twice this season in the NBA homophobic slurs were used. Once by Kobe Bryant, directed towards a referee & once in the Eastern Conference Finals by Joakim Noah at a fan.

While I am a gay rights supporter, I’m also a supporter of freedom of speech even offensive speech I disagree with. I understand these gentleman were working at the time, so their employers have the right to discipline them but shouldn’t we use these instances as learning opportunities ? Lets try to get to the root cause of the problem, young men in competitive environments use homophobic slurs to disrespect their opponents, any guy who has ever played a sport knows I’m right. We need to educate our children at a young age that there is nothing wrong with being gay. If we teach our children that it’s not an insult to call someone gay we can help to stop this cycle of hate. Take the power out of the word don’t empower the word by making it off limits. A perfect example of this is the use of the “N word ” by young hip-hop artists. By taking ownership of the word instead of hiding the word they have in effect taken some of the sting out of it’s use. Obviously since I’m not using the word not all of the sting is removed but my point is censorship is never good even if it’s done for the right reason.