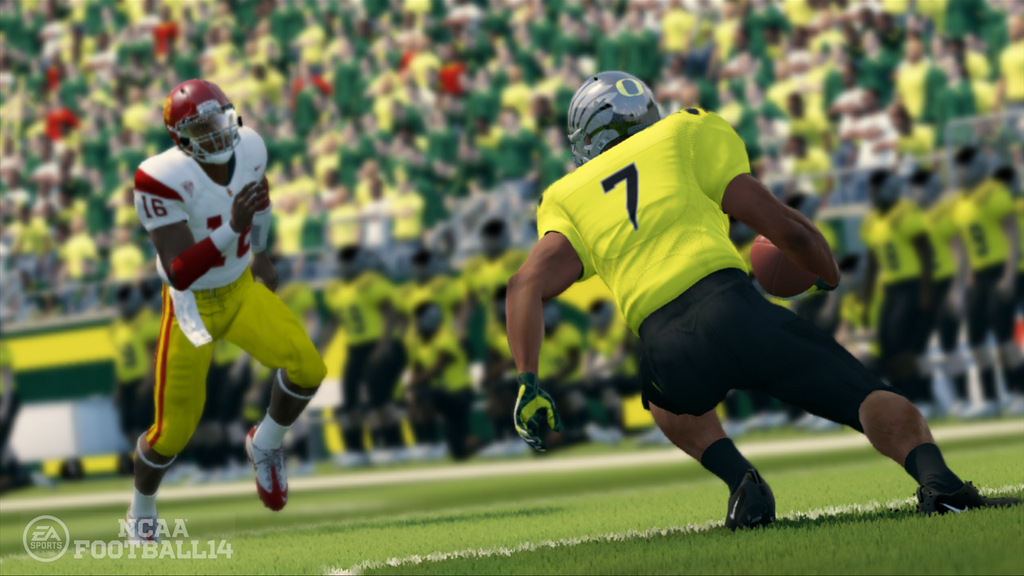 The player likeness lawsuit against the NCAA, CLC, and Electronic Arts is the culmination of two high profile filings that were combined as led by Sam Keller and Ed O’Bannon (and O’Bannon now heads it up). It alleges improper use of player likeness through various forms of merchandise and media including video games in which the parties in question conspired to avoid paying players for their rights. Some interesting details and claims regarding the case at hand were revealed when EA was reentered as a defendant after initially being dismissed.

EA has won a previous case regarding player likeness with the courts ruling video games are artistic works rather than commercial speech and therefore protected by the First Amendment. The Supreme Court in 2011 established forms of media, producing expressive works of art, are not subject to judgments based on incorporating someone’s name or likeness.

Recent uncovered emails have shown that NCAA representatives were well aware that players in games were based off real-life players. At one point the NCAA and EA had nearly reached an agreement to have actual player names included in the products. The EA Locker / Roster Share feature was a fallback option. With momentum clearly on the plantiffs’ side NCAA reps have begun to publicly express concern over the future of collegiate sports.

This consolidated case in California looks as though it will be going to trial and ultimately be the determining factor of how the NCAA proceeds in the future handling broadcasting rights, merchandising, and video games. Should a negative result come down, which one analyst has pegged as being a potential loss of $1 billion for EA, it would likely not just end the NCAA Football series but also with it any realistic possibility of college sports games being made in the future. The NCAA is currently seeking to block classification as class action. The trial now is slated to begin June 2014.

With a hearing in June regarding class-action status, and a trial tentatively slated to begin a year later, news on the lawsuit against the NCAA, CLC, and EA will likely become more frequent going forward than has been the case until now. A few happenings from the last week include the USC AD going on record with the belief the NCAA may lose the case and the CLC and EA providing evidence they have not used accurate player likenesses in video games.

USC athletic director Pat Haden is the latest to come out and express worry over the decision that is to come. He’s taken it a step further than those who questioned whether athletics would even be sustainable under such a scenario where players would be paid by stating the NCAA has to prepare because they have a “real chance of losing”.

“The context of the lawsuit has changed. What do we do if we lost?” Haden said of the NCAA’s side. “All of a sudden your television revenue — let’s say it’s $20 million a year [for a school]. Now if they win, it’s $10 million a year. How do you make your 21 sports work on half the revenue?”

In favor of the defense is a filing from last week in which an economic consultant, commissioned by EA and the CLC to study the extent to which real players were represented in the college football and basketball games, determined that only 10% of football and 21% of basketball matched in the four categories researched (height, weight, home state, position). On the surface that would seem unlikely to sway opinion much at all as the percentages would be much greater if looking at only the higher-profile athletes and more prominent institutions.

It certainly doesn’t help the case for the defendants that Louisville has started selling Kevin Ware tribute shirts. The NCAA will be making money off the merchandise while Ware will see none of it. It appears they stopped selling them today but the damage has already been done.