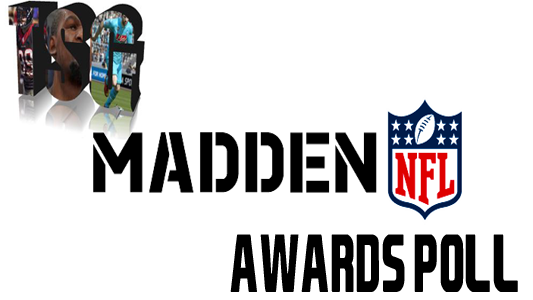 As we are about to head into Madden 17, we want to take a look back onto Madden 16 & reward (in some cases if you call it that) different owners for different accomplishments. Each winner will earn some type of prize if deemed prize worthy, in order to decide the winner, we are leaving it up to YOU, the TSG Universe! So below read each category & please vote: END_OF_DOCUMENT_TOKEN_TO_BE_REPLACED

From playing Madden 25 CF on the Xbox 360 for 2 seasons, then transitioning to the Xbox One for another 5 season, it has been one heck of a ride. From new members, to the returning of old ones, to the crowning of new champions, another awesome year is in the books for TSG. Without further ado here are the TSG Madden 25 CF (Xbox One) Year End Awards: 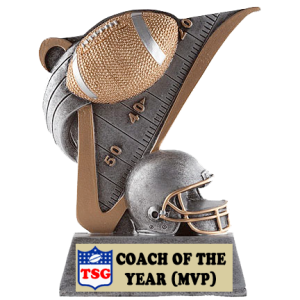 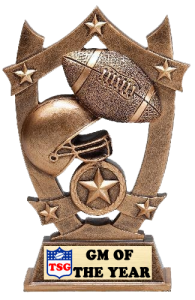 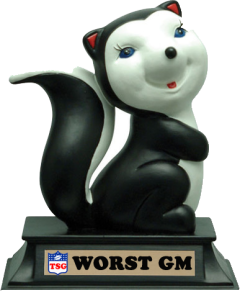 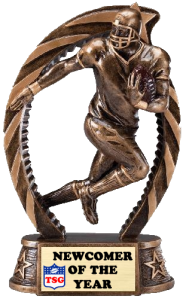 x7x Jay Killa x7x, Tennessee Titans – Started out with depleted team 3 seasons in, made some trades to make a playoff push (2 Votes) 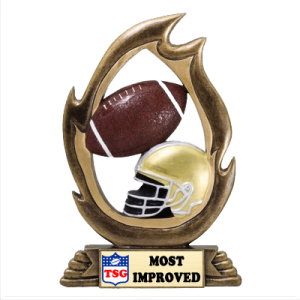 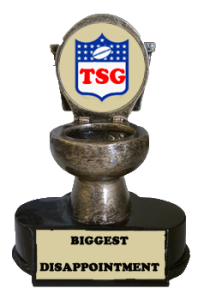 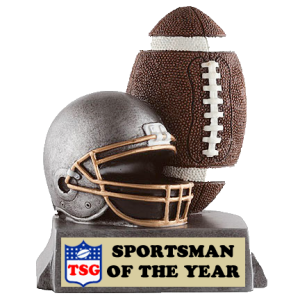 The Real Law, Atlanta Falcons – Gets His Games In, Never Gives Up, Rarely Complains, Always Tries To Win, knows what you’re doing, active on GroupMe (1 Vote)

You may only vote once per award. If you are up for a particular award you MAY NOT VOTE FOR YOURSELF for that award. Please vote in the comment section. 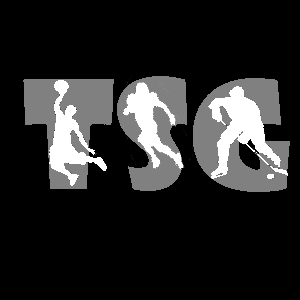 We are through a little over the 1st Quarter of TSG M25 OF’s 1st Season, there has been some upsets, some of the same people doing the same thing & just some people going flat-out beast mode. The following article is a summary of the first part of the season, along with some predictions of the division winners, wildcard winners & season ending award winners. Please comment below & share your thoughts on what you think & who you think will do what for the rest of the season.

The Buffalo Bills (cowboys2k9) started out strong with an upset win over the New England Patriots (Chuunin Ninja), but has since faltered going 1-2 in his last 3 games. The Miami Dolphins (chubbzz0727) have had an up & down season filled with a lot of injuries, one has to wonder will those injuries play a pivotal part in his playoff hopes if many more stack up. The wild card in this division has to be the New York Jets (Phin21), who had an overall weak team but made some improvements bringing in Cam Newton & making some noise, chasing the Pats. That brings us to the division leading Patriots, which isn’t much of a surprise being as who their coach is, although it did start out a little shaky, but with Ninja & Brady you can never count these dudes out.

The Cleveland Browns (DawgPoundx23) are in the cellar like usual, although he has had some close games with some good opponents. Both the Baltimore Ravens (Blizz) & Cincinnati Bengals (Cincy life) come in at 2-3, which comes as somewhat a surprise as both are former Super Bowl Champions. Cincy looks like he has lost his previous form, while Blizz has come back down to reality. The Pittsburgh Steelers lead this division, which if it was the real NFL wouldn’t be a surprise, but in TSG this is kind of a surprise. With a heavy dose of the run, going back to the old school Chuck Knoll ground & pound game, the Steelers look like they are in the driver seat.

The Indianapolis Colts (The Real Law) are sitting in last place at 2-3, but have made some noise by roughing up the Dolphins & have one auto-pilot loss to the Raiders, they could end up being spoilers in the AFC & for their own division. The Jacksonville Jaguars (Rico man) have very little talent & a volatile head coach, which is never a good combo, with a predictable scheme & no talent this team will likely finish last in the South. The Houston Texans (Oh No Not DD) are full of talent & have Super Bowl aspirations, with an early divisional loss to the Titans & a target on his team’s chest, the AFC will be gunning for them, but watch out AFC if this team makes the playoffs, we could see the Texans first Super Bowl berth this year. The Tennessee Titans (TakeOutheone) seem to be the frontrunner in this division, it remains to be seen if he can keep it up if he has to rely on Jake Locker, if people bottle up CJ2k, which is a big IF!

The San Diego Chargers (Rj15st) were with an absentee owner for the 1st 4 weeks, although picking up the win as the CPU beat the Eagles Week 2, they have a new owner in RJ but being new to the league it’s hard to tell what kinda noise he will make. While the Oakland Raiders (BoRaiders) have a horrible team, they still have picked up 2 wins albeit 1 against the CPU and was a fumble away from possibly being 3-2, if Pryor runs the way he has been this team could cause havoc for AFC contenders. The Kansas City Chiefs (RyderStrong) are an unpredictable team, loaded with talent but lead by an injury prone running back, if this team can stay healthy & improve their defensive scheme they could compete for the West title. Surprise or no surprise due to the talent level, the Denver Broncos (BroncoManiac) are putting the entire AFC on notice, even without Peyton Manning for the 1st 4 games, this team has been dominating with a 4-1 record, can they keep it up or is it just a beginning of season run!

The Philadelphia Eagles (Tonic222) came in with a lot of hype & promise, yet they started out with 4 straight losses, LeSean McCoy is a beast but Vick seems to be the weak link, things may be looking up after they beat the Giants in Week 5. The New York Giants (Caloric Joker) came into the season running their mouth how they were the best team in East yet are barely a threat to anyone. The Dallas Cowboys (don figures) are a tough team, without DeMarcus Ware for the 1st 4 weeks but still managed a 3-2 record & could be fighting for the East title or wildcard spot. The Washington Redskins (Jesmonkey69) are the only undefeated team in TSG, behind Alfred ‘MVP’ Morris pounding the rock nearly 30 times a game averaging 230 yds per game, if someone can stop him, we will see if the ‘Skins can win off of the arm of RG3.

The Green Bay Packers (Pogi) are 0-4 and with making the big mistake of trading Clay Mathews for DeSean Jackson killed their defense & have no shot at making the playoffs. The Chicago Bears (Skills40) come in at 1-4 and even though had a few close games & has got a bad record still has a shot to win the weak NFC North. That brings us to the Detroit Lions (rio the king638) he will look good one game against the Vikings, then get blown out by the Redskins, this team is so up & down so it’s up in the air how this team will fair but with Calvin Johnson anything is possible. AP, all day, should carry the Minnesota Vikings (Mr McKay) to the division title, but with a blowout  loss early in the season against Detroit may have shown some weakness in their game. The winner of this division will probably be the 1st person out of the playoffs in the NFC.

The Carolina Panthers (HoodNemesis) traded away their stud QB Cam Newton for Geno Smith, which to many is a head scratcher, if they can start to win at home they could ruin some of their NFC South comrades playoff hopes. The Atlanta Falcons (GoatBeno1) pulled an upset against the Saints in Week 1, stole a win in Week 2 & have now lost 2 in a row, in reality the Falcons were a nice 2 week story that really won’t amount to anything. The Tampa Bay Buccaneers (ResistingFrame1) have been struggling, with Josh Freeman getting the big contract now throwing 7 picks on the season, he has a quality win against Cardinals but I think they are a year away from really competing. The New Orleans Saints (Capt Save A OHH) struggled to start the season, but seem to have righted the ship, they are on track to win the NFC South & don’t really think they have much competition in the long run.

This is a tough division to call, the St. Louis Rams (Mr 463) have the coaching pedigree, but are light on talent, they should be 2-2 after being cheated out of a game against the Falcons. The San Fransisco 49ers (Jersey Rebel) are a team that can win without even the user playing, they had a close win against the Packers & destroyed the Rams, just don’t know if the coach’s head is in the game to actually pull off a playoff run. The Arizona Cardinals are the most intriguing team in the NFC, they are coached by a multiple time Super Bowl Champion, they have lost 2 games without their field general Carson Palmer to keep their team afloat, this team is dangerous so who knows but they are in the playoff hunt. In my opinion the most dangerous team in the NFC West is the Seattle Seahawks (KornNickel) the team is stacked, the coach is good, so this team could run the NFC and not think twice, they are one of the clear-cut best teams in the NFC if not the entire NFL.

Welcome to the TSG 1st Annual Awards Ceremony: Madden 11 Edition. Many of you have read about the nominees, made your comments & even given some suggestions for future categories and prizes. Don’t forget all winners of tonight’s prizes will receive 1600 Microsoft Points. If you didn’t get nominated this year or didn’t win in your category don’t fret, there will be plenty of opportunities to win in the future. Most of all us here at TSG would like to thank you all, because without you, we wouldn’t be where we are today. You are TSG and these awards are for you, congratulations to all of those nominated & to those who won. I could talk all night as most of you know, so lets get on with the awards: END_OF_DOCUMENT_TOKEN_TO_BE_REPLACED

Welcome to the 1st Annual TSG Awards: Madden Edition Nomination Ceremony, now that’s a mouthful, especially with these tusks.  Tomorrow night we will crown the winners of the first ever awards for our Madden Franchise, this year there are only 4 awards, hopefully we will expand this as seasons, leagues & years go on. Feel free below to comment on who you think should have been nominated, if you were snubbed or have suggestions for future categories. Since we ended so abruptly due to time constraints, the main prize the “PEYTON MANNING: FRANCHISE MVP AWARD” isn’t as lucrative as it will be in the future. Other than winning Super Bowl’s this will be the award to strive for in the future & will carry more weight going into future leagues & franchises along with a bigger prize attached to it. Currently each award winner will receive 1600 Microsoft Points. Below are the nominees for each award and a few things about that nominee and how they qualify for the award, once again feel free to comment below. Without further ado: END_OF_DOCUMENT_TOKEN_TO_BE_REPLACED