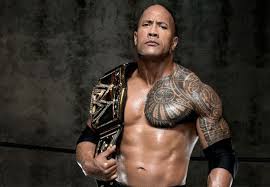 The lead-up to Wrestlemania is always the biggest time of the year in terms of consumer interest and interaction for WWE. With Wrestlemania 29 on Sunday the company even made video game news with still over seven months until the typical release time frame for the series arrives.

Executive Vice President of Consumer Products Casey Collins announced that The Rock will be featured on the cover of WWE 2K14.

Dwayne Johnson has become one of the biggest names in the entertainment industry let alone “sports entertainment”. Some might take issue with the fact that a part-time performer gets the top billing – the same grumblings have been made regarding The Rock and his current title reign – but there is no one that could offer near the exposure and awareness levels that he provides.

The WWE license is now in the hands of Take Two, with also acquired Yuke’s continuing on as the development studio at least in the short term, and falling under the 2K Sports label.

The era of THQ wrestling games is officially over. As of this afternoon, THQ as a company has been dissolved and all of it’s licenses and properties have been auctioned off. We know where several prominent franchises and studios are going but we simply have no idea on where the WWE video games license has found as a home.

What we do know is that a new company will definitely be publishing WWE games starting immediately. The Twitterverse is abuzz with rumors that either of both EA and Take Two have bought the license — and it would stand to reason that one side of the other is correct. The WWE was owed $45 million from THQ when the company went under, so most likely WWE will be looking for a stable and somewhat wealthier business partner this time around.

The status of a WWE game for 2013 will depend upon how the new publisher approaches WWE video games. If the publisher starts from scratch, there may not be another WWE game on the market for at least a year or two.  A formal court document shows that WWE’s license was NOT auctioned off in the sale of THQ’s assets. This tends to indicate WWE cancelled their licensing deal with THQ and has shopped or is shopping their property unilaterally.